Getting the right people into the room, who may not be the same as those who want to be in the room, can be tricky. But that’s exactly what is required for wildlife conservation for it to succeed on the ground.

Some of you may find this blog annoying. Fence sitter exemplar. Well too bad. Although I don’t matter one iota, what we can do as a collective in, facing up tensions, seeking common ground, does matter a hellva lot. Some examples below.

Farming conferences in Oxford. Two of them. At the same time. Micheal Gove flitting between the two conferences – see my interview with him from 2018 – blending the best of  both, chemicals and cover crops, without getting blocked by dogmatic ideology.

To Cambridge to speak and chair at a rewilding conference: furrowed brows from the ‘congregation’ over intensive land sparing making more space for rewilding, with more adoration spared for Isabella Tree’s land sharing ‘Wilding’. I really enjoy chairing. In effect conducting both audience and panelists, not over-controlling, but teasing out a diversity of views without disappearing down rabbit holes while facing up rocky issues. Room for both as my letter in Farmers Weekly outlined last year.

Out of the conference halls to lead two walks in the Welsh hills  – one on forestry and another on grouse moors and land use in wind battered empty uplands. Hearing a diverse range of views at eye level seems to work well: as seen again in Scotland at a well-run Integrated Land Use Conference at which I chaired a day and spoke about managing conflict.

After a morning field trip, it helped that we broke up serried lines of sponsor bag-covered seats into ‘cabaret’ style table layouts enabling student gamekeepers, ecologists, birders, mountain bikers, rewilders to continue, in neutral spaces, walking and talking alongside each other – listening, debating robustly but without rancour.

Back down south I chair NFU’s relaunch of Championing the Farmed Environment, where environmental passions from farmers are too often drowned out by defensive rebuttals under peer pressure to stand united. Another event at NFU Cymru’s launch of their environmental agenda, speakers from GWCT, RSPB, NRW (great display from NRW’s interim Chair of humility in admitting things have not always worked well), overlapped over common ground – even if questions from the floor stalked the same old tired issues.

How to change the record but not lose the tune?

Back up north, I speak at the Scottish Land Estates Spring conference about challenging ourselves to have the confidence to step outside the usual narrative but bringing people with you. That evening, over a few whiskies with an avid Scotland The Big Picture rewilder, we chew over common purpose while seeking to de-tribalise how to get there. Of course it’s easy to talk about it – but better framing of tough dialogue, in ‘safe’ neutral spaces in which to have uncomfortable conversations, all help build trust – a vital precursor to action. Think of Farc in Columbia, Northern Ireland’s Peace Accord.

Though I don’t think  BBC Farming Today expected me to talk about ‘rabbit holes‘ [third mention in this blog. Ed] when asked to define rewilding (transcript here). The same applied when Jeremy Vine asked me to talk about grey squirrel I had just served to the panel, when it’s more about our diet generally than just a two minute telly soundbite.

My in-depth interview with Defra’s informal advisor Ben Goldsmith was wide ranging. From managing beavers to investing in high-tech farming to improve productivity – perhaps it just too counterintuitive (and thus untweetable) for some eco-precautionary interests but otherwise refreshingly honest to other daringly progressive early adopters?

Something I discovered when moderating a journalists symposium in Windhoek, Namibia (see page 92) on wildlife, hunting, local communities, perceptions, lack of social skills around comms and use of media. The biggest mind blow was a day trip to a Conservancy an hour’s flight north to meet those on the ground living cheek by jowl with large wildlife such as desert elephants. There is some overlap with issues are here in the UK – as my letter in The Times on WT sea eagles sought to highlight and which I expressed during an appearance on a TV panel talking about conservation hunting – some call it ‘trophy’ hunting – see my input 8, 16, 22 and 24.30 min.

We have a substantial amount of ecological knowledge but still lack the social science in busting confirmation biases and swaying immutable value judgements. Both matters I raised when hosting conversations with SNH‘s wildlife management team and setting up a visit for Natural England’s Tony Juniper to meet frank, freethinking farmers in the field. 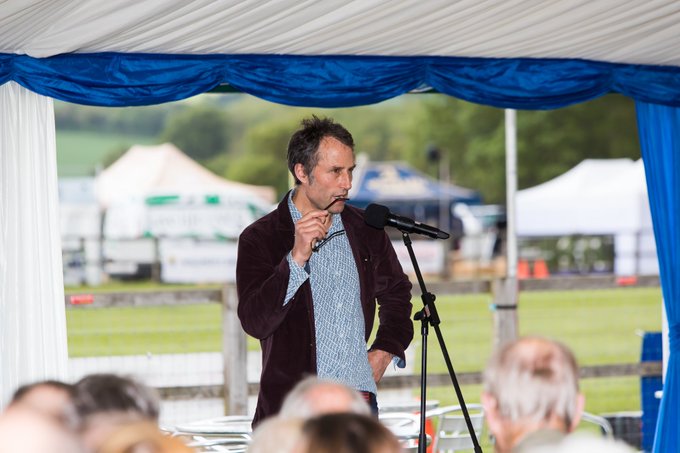 At a talk to farmers and land managers before the Herts County show, I suggested we sue for peace, in a Good Friday Agreement style, by breaking down echo chambers, getting the *right* people in the room (not always the intractable ones *wanting* to be there) – but those ready to leave their own values at the door, place positions statements to one side, embrace humility in being tolerant of alternative views, while maintaining insightful curiosity in disrupting old adversarial narratives to find fresh common ground.

Researchers said 50 years ago, and repeat today, that managing human behaviour is the key to wildlife conservation. I hope some of my annoying blog may help you unlock some of the potential in reframing old conversations in new ways.